Royal Wedding fever took hold in the DAS dept the day before the wedding and several classes enjoyed Royal Wedding tea parties to celebrate the marriage of Harry and Meghan. 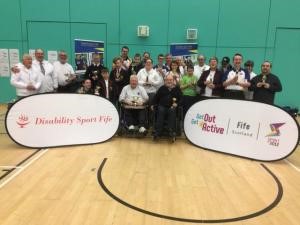 DAS SP2 Senior pupils completed their National 2 Scottish Award with excursions to the Wallace Monument, Bannockburn and Culross. Each pupil also had to complete a presentation on their chosen Scottish topic to an audience. We enjoyed talks, video clips and Power Point presentations on diverse topics such as Bagpipes, Scottish Dog Breeds, Edinburgh and Country Dancing. National Cycling Awards have also been achieved by many senior pupils and two lucky pupils were invited to the opening of the new cycle track in Lochgelly. 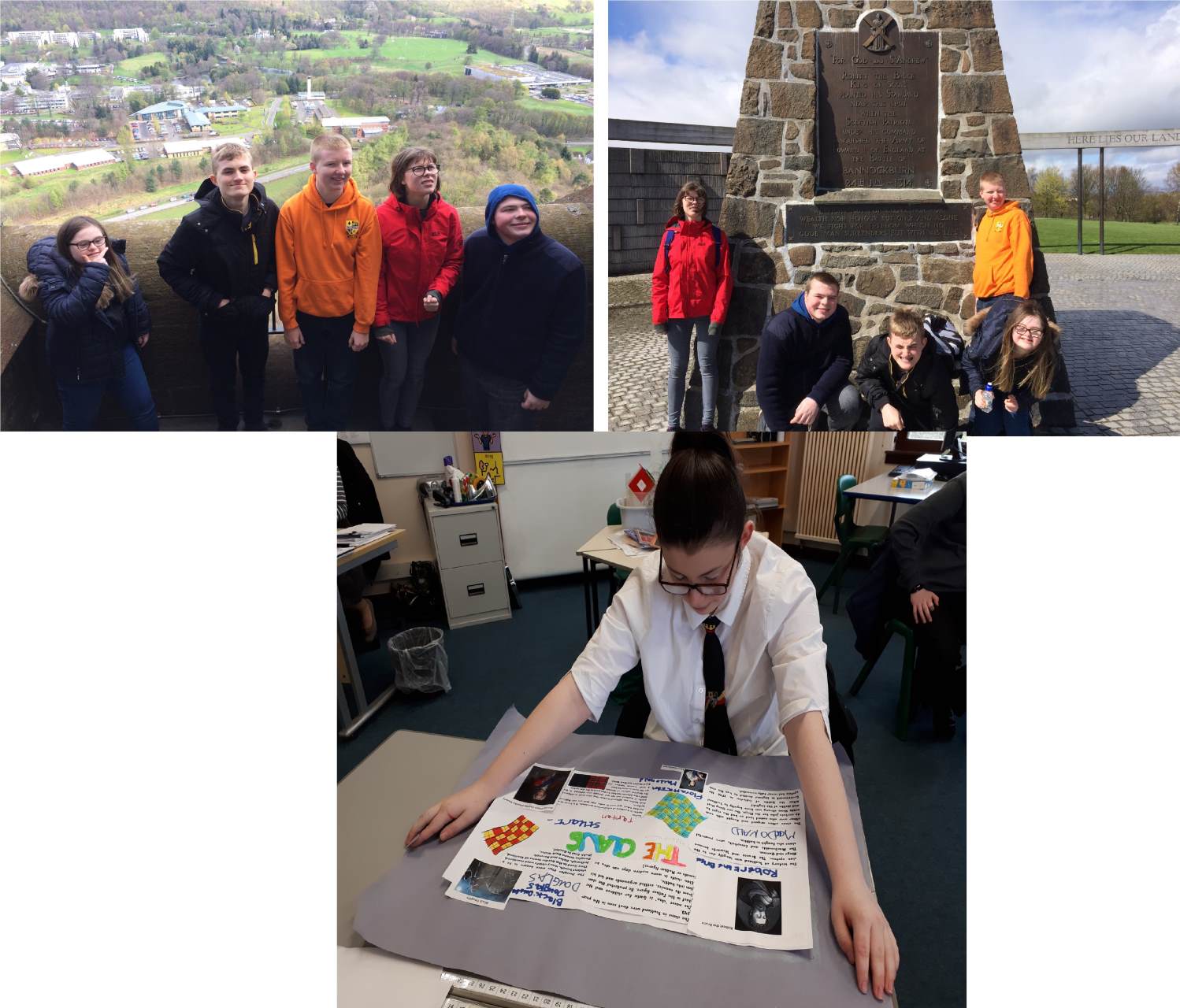 End of Timetable Days Out

After working hard this year the Junior DAS classes have enjoyed end of timetable days out. DAS 1 pupils took a trip to Edinburgh Zoo to see many different animals and soak up the sun. They had great handling experiences of African snails, hissing cockroaches, a corn snake, a rat and an armadillo!  DAS 1/2 pupils went on a class visit to the Kelvingrove Art Gallery and Museum. Pupils were enamoured with the amount of objects on display including the original mascot from the 2014 Commonwealth Games! DAS2/3 enjoyed being active outdoors, lunch and ice cream during their day at Pittencrieff Park in Dunfermline. 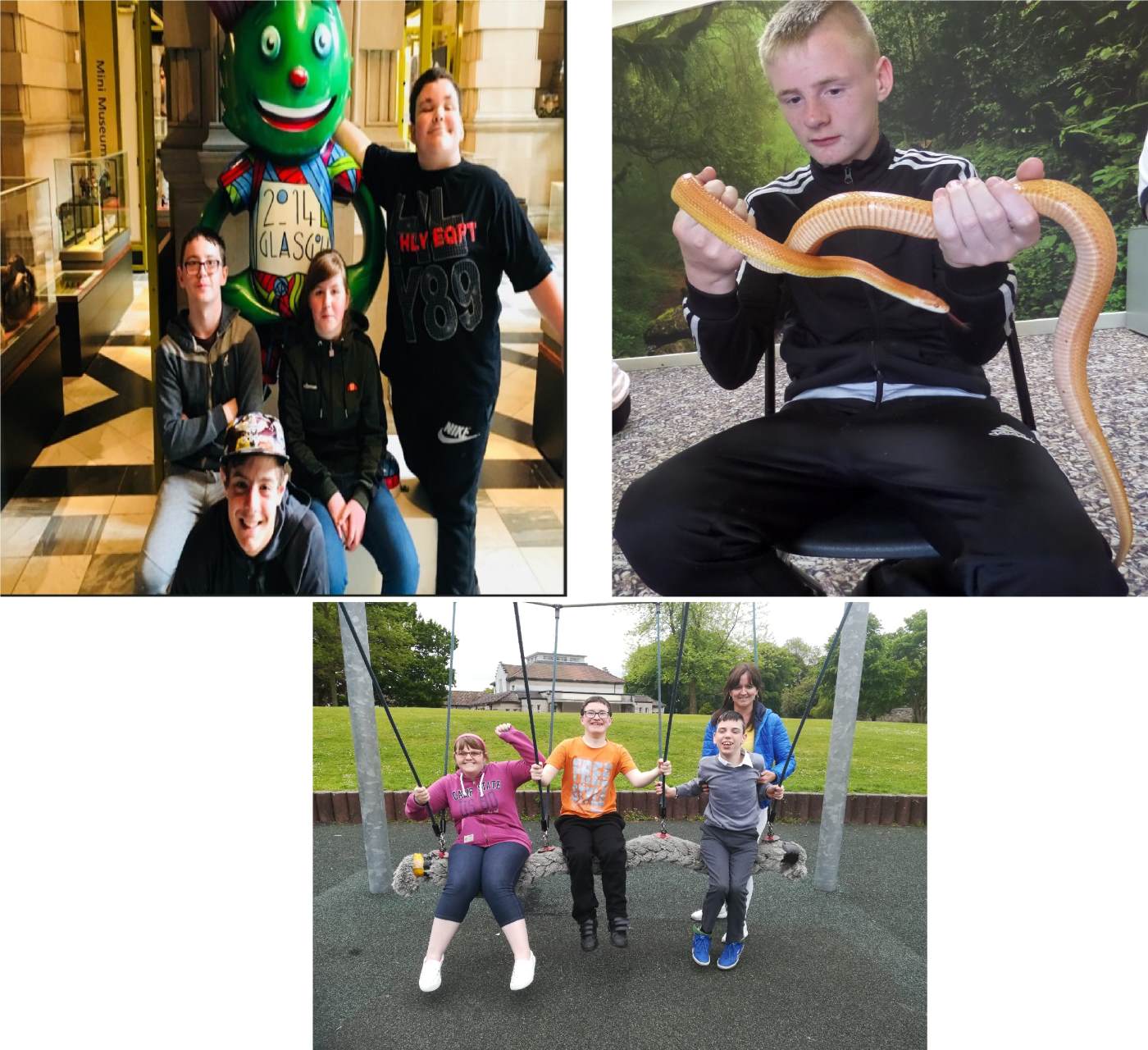 The biannual Active Fife Count Us In Multi Sport at Michael Woods Centre at the end of April was a superb event thoroughly enjoyed by all DAS pupils who attended. Schools chose a Commonwealth Country and nine LHS DAS pupils represented our chosen country of New Zealand. Pupils got the chance to try adapted football, rugby, boccia, gymnastics and athletics. 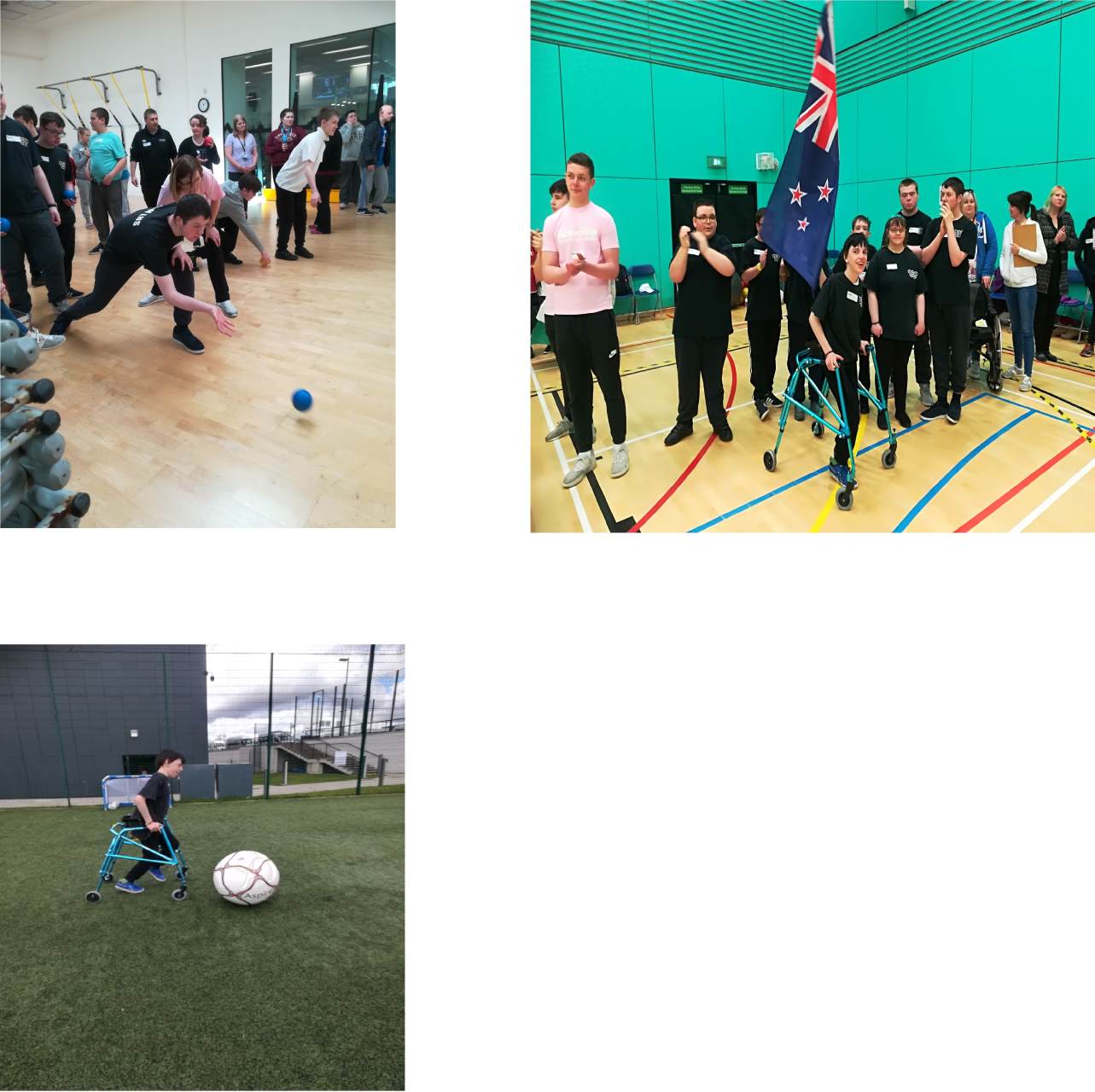 DAS pupils continue to triumph in Cross Country racing, gaining six medals at the Fife Cross Country Championships in the Beveridge Park in Kirkcaldy on May 17. Leah Ford and Ryan Baird gained Gold medals for the S1 and S2 1K, Jordan Aitchison gained a bronze medal in the S3 Boys 1K, and Louise Harley, Michelle Harley and Landen McKinnon gained Gold, Silver and Silver respectively in the Boys and Girls 2K race. 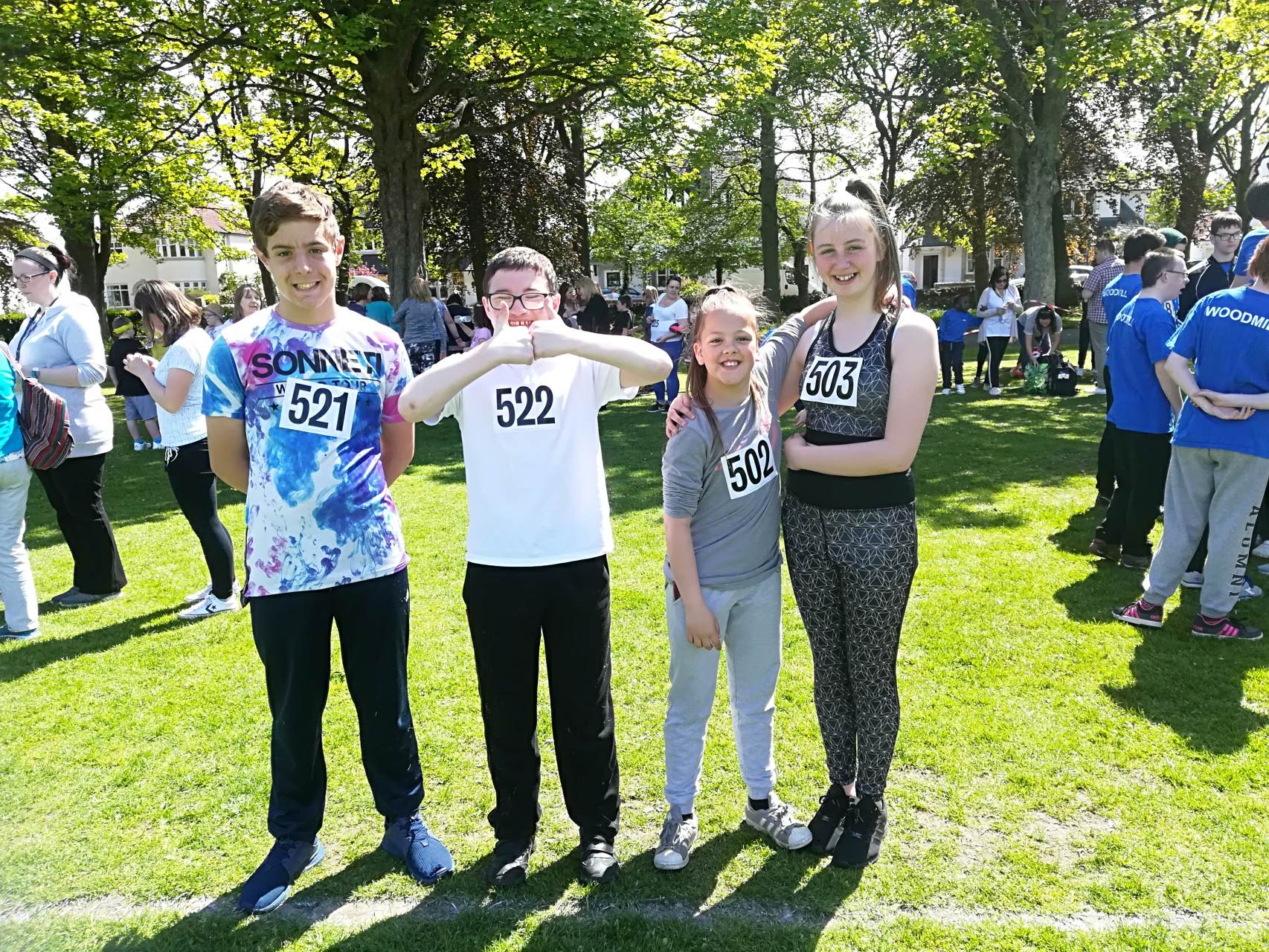 In the Girls 1K Amy Dignan came second with a silver medal and Chloe Ramsay came third with a bronze medal.

In the Girls 2K Louise Harley came first with a gold medal and Michelle Harley came second with a silver medal.

Great behaviour and participation from all pupils, good times despite a bitterly chilly wind! 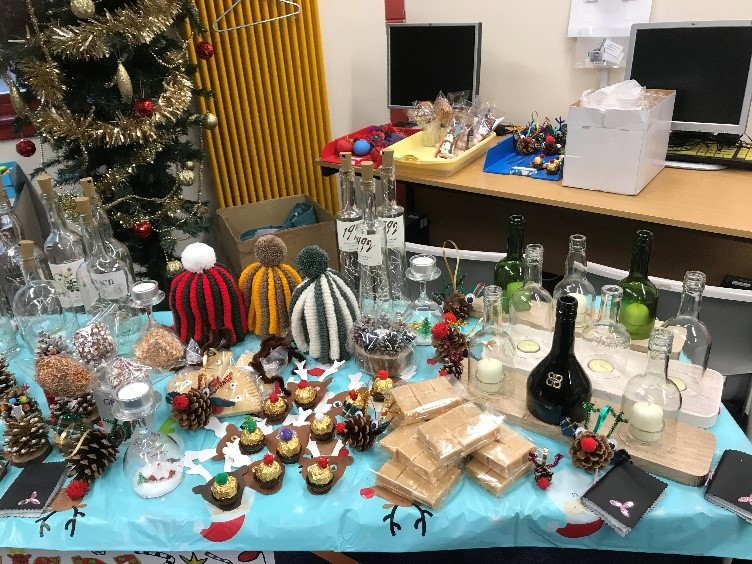 DAS2/3 had an end of term trip to the National Museum of Edinburgh, visiting the Technology and Animal Galleries. We enjoyed sending up the hot air balloons, programming the robots and creating energy on the Energise Wheel. 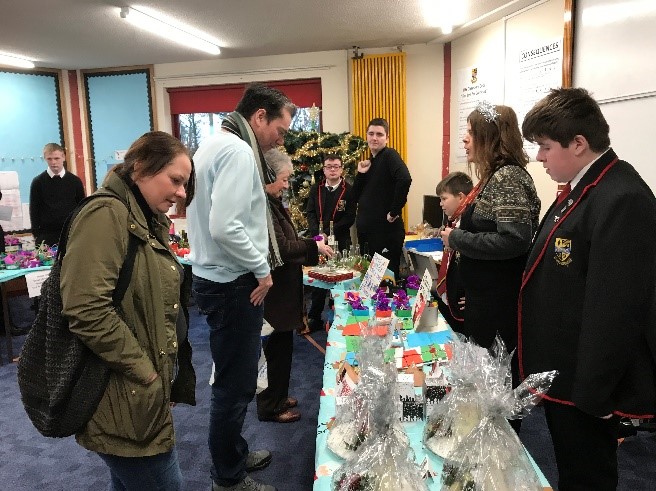 Fantastic turn out for the DAS Christmas fair on the 1st of December. Pupils took part in creating and selling some wonderful items raising just under £500. 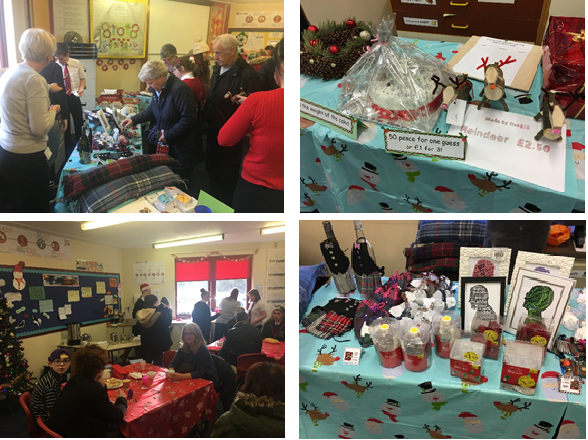 Senior DAS pupils organised and held a Scottish social games afternoon which saw parents and pupils taking part in haggis drive a Scottish form of beetle drive and Scottish bingo in which players had to match famous Scottish icons to win, followed by tea, coffee, Irn-bru and some Scottish cuisine. The event was a huge success and was enjoyed by all. 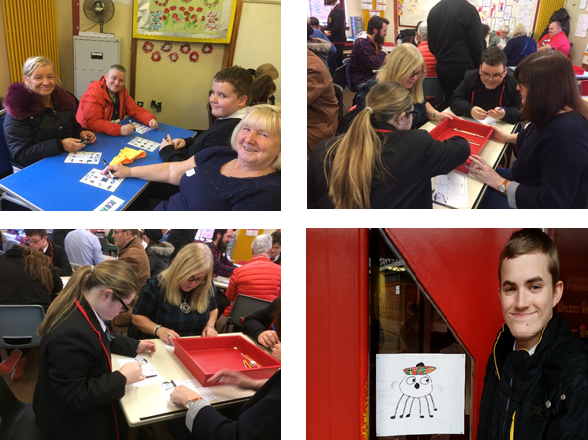